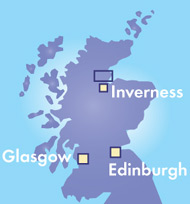 TroutQuest™ is owner operated by Roger Dowsett, a professionally qualified trout and salmon fly fishing instructor, and is based in Ardgay, Sutherland in the Northern Highlands of Scotland approximately 38 miles north of Inverness.

TroutQuest has leases or private arrangements for wild brown trout fishing on a number of excellent lochs locally as well as a private lochan on site for teaching purposes. Through SalmonQuest we have extensive access to salmon fishing on the private Novar beats of the River Alness, and limited access to some of the private beats of the River Conon.

In addition, there are many fine day-ticket waters for salmon, sea trout and brown trout locally that we can use in combination to produce an unforgettable fishing experience. 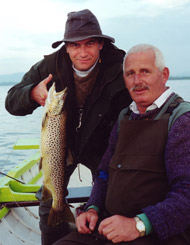 Roger gave up his 20 year career in the petroleum and I.T. industries in 2001 to start TroutQuest and pursue a new life in fly fishing, his life-time passion.

Roger has fly fished extensively for trout and salmon on rivers and lochs throughout the UK from the Kennet, Test and small stillwaters of southern England to the Dee and Spey and the trout lochs of Caithness, Sutherland and Orkney in the Highlands. Abroad he has fished in Argentina (Tierra del Fuego and Northern Patagonia), Ireland, Sweden, Cuba and the USA.

TroutQuest was an ambition for many years, and the initial Ross-shire location was a return to his home as a youth, and where he caught his first salmon on the River Alness as a teenager. TroutQuest are now based just across the county border in Sutherland.